Thomas Daly is an experienced Walnut Creek criminal defense attorney dedicated to helping his clients through difficult times. Thomas is a lawyer who is willing to fight for the results his clients deserve. He welcomes the opportunity to litigate in court and isn’t afraid of hard work to get the job done. He has represented clients charged with misdemeanors and felonies and works diligently to pursue the best outcome possible for each client. Thomas is passionate about defending the rights of his clients and helping them put their legal issues behind them.

Michael Meinert is an experienced litigator and owner of Meinert Law with a specialty of Construction Law and Consumer Law. He is proud to be an eight-year decorated veteran of the United States Air Force.  Meinert Law’s approach to risk management and problem solving begins by a practical analysis of what is best for the short and long term goals of the client. Providing representation in a multitude of practices, Meinert Law provides a well-rounded common-sense approach to complex and complicated issues.

Meinert Law is a one-stop shop for legal services with all aspects of construction and beyond: from commercial and residential projects, the business of construction, bidding, contracts, and insurance to the intricacies of working with owners, developers, general contractors, and subcontractors.

Meinert Law understands that it is a difficult economic time, and no one is immune. When creditors and collection agencies begin to call, knowing your rights and how to best protect yourself is important. Many creditors and collection agencies bully consumers with harassing and humiliating tactics. Meinert Law, Federal Laws, and more often than not State Laws, are on your side to ensure the harassment, humiliation, and bullying stops.

Here is what he has to say about Intelligent Office:

I Love Intelligent Office, and have used their services for 5 years now! I opened my business with Intelligent Office because of my desires to keep overhead low. One of the greatest benefits is the ability to grow your business and increase the services from Intelligent Office as you need or desire. It grows with you, with a consistent address/location that customers recognize. The staff is wonderful and a joy to deal with.

A Road Map to College

A Roadmap for College navigates students and their families through the often stressful labyrinth of the college admissions process. My approach is designed individually with each student's interests, strengths, and future goals in mind. The core of my counseling is building a strong rapport with the student in order to maximize their potential college choices. I offer a structured counseling approach unique for each student. I utilize a professional software program that keeps a student's college research, tasks and counselor communication all arranged in an easy to use online dashboard. Consulting is provided both in person and online via Zoom for those students out of the area.

The Law Office of Thomas Jones Asha Brown is your real estate consultant and realtor of choice for the east bay and beyond. She can guide you through the home buying experience hassle free, and you will be informed every step of the way. Her familiarity with the lending side and her knowledge of the area make her an asset to both buyers and sellers. Whether you are down sizing, up-sizing or a first time buyer she will guide you thru the experience landing you in your perfect home.

Robert B. Cottle, ed. D is a diplomate in the American Board of Vocational Experts (ABVE) and a certified Disability Management Specialist (CDMS). Dr Cottle received his Doctorate in Counseling Psychology from the University of San Francisco and his master’s degree in organizational Behavior /Industrial Psychology and Communications from Brigham Young University.

Additionally, Dr. Cottle has worked as a vocational rehabilitation counselor in workers compensation cases in California, in federal longshore cases, and with veterans through the Veterans Administration. He has conducted vocational feasibility studies, earning capacity evaluations, administered aptitude, achievement and interest inventories, written individualize vocational retraining plans and returned individuals with physical and psychiatric injuries back into the labor market in over 4500 cases. Dr. Cottle has testified more then 2300 times in SSA hearings, in federal and superior court cases, and workers’ compensation cases. 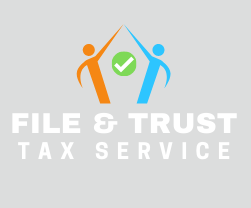 We are a full-service Accounting firm licensed in CA. We offer a broad range of services for business owners, executives, and independent professionals. We are affordable, experienced, and friendly.
Our firm is one of the leading firms in the area. By combining our expertise, experience, and the energy of our staff, each client receives close personal and professional attention.

We are a professional web design firm, helping small businesses get online quickly and affordably. Do not spend more than you need to on a new website for your business. We have the latest technology, the best prices, and superior customer service. We are eager to help your business succeed online. Let us work together!  Contact us today to learn more.

‘The real situation is not nearly as terrible as they make it out to be.’

That’s Michael Levitt, a Nobel laureate and Stanford biophysicist, delivering his optimistic take on the coronavirus pandemic to the Los Angeles Times over the weekend.

Levitt was credited for correctly calling early on that China would get through the worst of its devastating outbreak before many other health experts predicted.

On Jan. 31, China had 46 new deaths compared with 42 the day before, which Levitt recognized as a slowing rate of growth. So he sent out an optimistic report.

“This suggests that the rate of increase in number of the deaths will slow down even more over the next week,” he said in a note widely shared on Chinese social media. Levitt, who won the 2013 Nobel Prize in chemistry, also said the number of deaths would soon start decreasing every day.

He’s got a similar view for the United States.

“What we need is to control the panic... we’re going to be fine,” he said, adding that the data doesn’t support the gloom and doom epidemiologist have been warning about.

Levitt looked at the stats from 78 countries with more than 50 reported cases of COVID-19 every day and sees “signs of recovery,” focusing on the number of new cases, not the cumulative figure.

“Numbers are still noisy but there are clear signs of slowed growth,” he told the L.A. Times, claiming that, however, the trajectory of deaths in the U.S. back up his findings.

Levitt said social-distancing mandates and getting vaccinated against the flu are both critical to the fight against the spread. Italy’s strong anti-vaccine movement, he explained, likely played a factor in the explosion of cases, because the spread of the flu likely was a factor in overwhelming hospitals and increasing the chances of coronavirus going undetected.

He lays some of the blame on the media for sparking panic by focusing on the increase in cumulative cases and spotlighting celebrities, like Tom Hanks and Idris Elba, who have been infected.

Levitt is also worried that an overreaction could trigger another crisis, with lost jobs and hopelessness creating their own set of problems, such as a surge in suicide rate.

On Sunday, Federal Reserve Bank of St. Louis President James Bullard said he sees the U.S. unemployment rate hitting 30% in the coming months as the world continues to grapple with the coronavirus pandemic. If his projection proves true, unemployment would be worse than it was during the Great Depression and three times worse than the 2007-’09 recession.

While those kinds headlines continue to spread fear, Levitt sticks by his simple message: The coronavirus pandemic is “not the end of the world.” 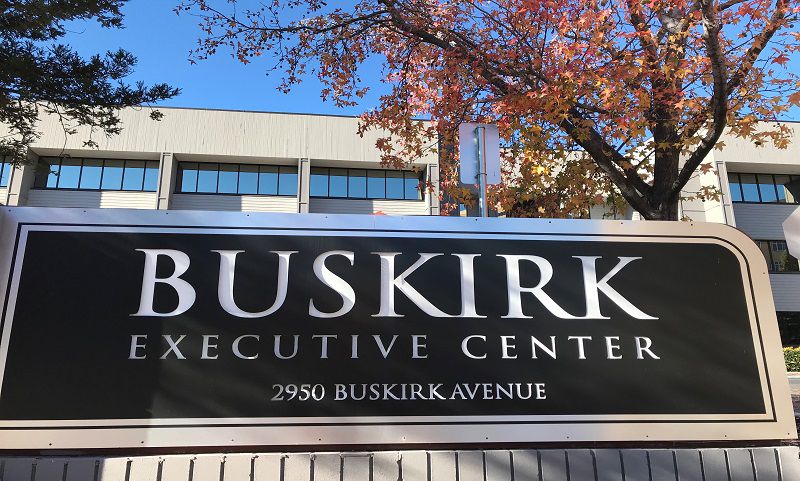 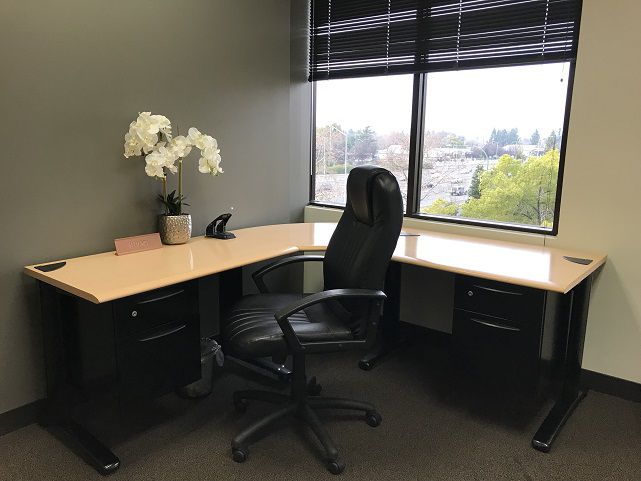 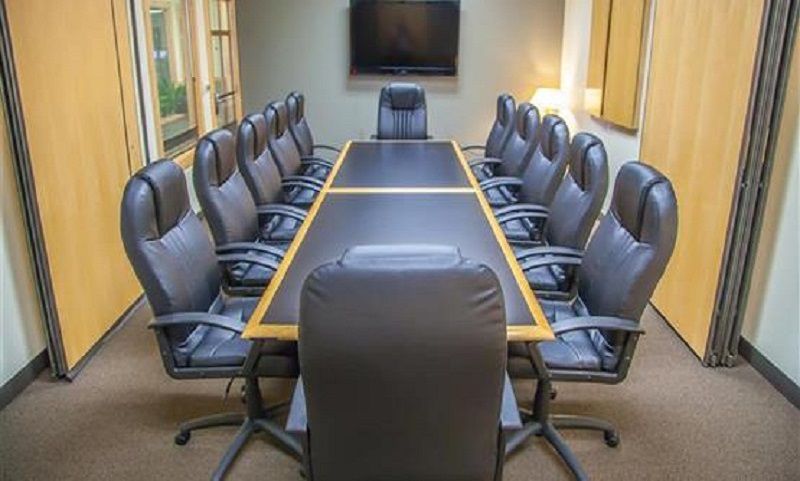 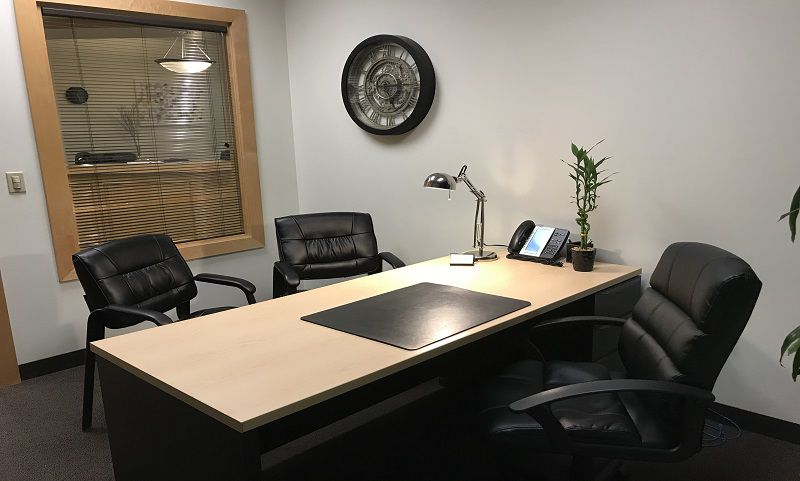 Thank you for your interest in Intelligent Office Walnut Creek and the opportunity to earn your business. We have been established for 12 years and we are family owned.  Our office is easily accessible by car and is conveniently located one block from BART and has FREE PARKING. We offer professional space and virtual office services with all the amenities one expects in a professional office.

Whether you need to lease an office, a virtual package, remote receptionist, mailbox, reception courtesies or meeting space we can meet your needs. All services can be customized to fit your business, offering a smart, affordable and easy way to work from home or on the road.

Please take a moment to drop in and say hello. Our professional Intelligent Office Assistants will welcome you and answer any questions you have. If you'd like, please ask for me and I'll be happy to show you around and answer all your questions.  I make a great cup of coffee and remember if you come in for a tour you will receive two FREE hours of day use office space. Bring your mask and I look forward to seeing you soon! 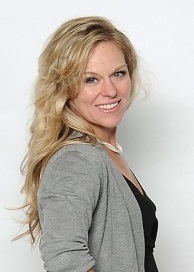