DTC is considered to be one of the major birthplaces of Cable Television, United Cablevision, United Artists Cable, and later AT&T Broadband; all had their start and still have major infrastructure in the Denver Tech Center. Due to its location, atmospheric conditions, and elevation unlike any other place on the planet companies such as Starz, Encore, Dish Network, DirectTV, Comcast and NORAD choose the Denver Tech Center for their major infrastructure investments.

The Tech Center is a favored location for thousands of businesses in Denver. Easy access from I-25, I-225 and E-470 as well as light rail and bus arteries make this an ideal location. It is called the second major metropolitan and regional business hub in the Rocky Mountain Region; additionally with several civic centers, lots of recreational space, parks, golf courses, restaurants and theatres. More people than ever call DTC their home. The Tech Center is morphing into a location where you can truly live, work, and play! 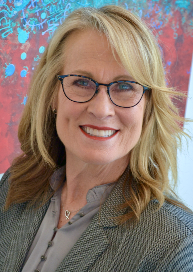