15th Floor near the courts and with a view of the Capital. Furnishings, Wifi, Phone, Front Desk Reception, Phone Reception all included in the price! $1099/month 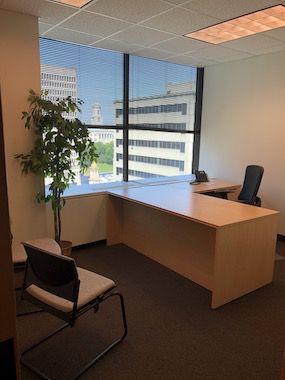 How to Nail Your Pitch Presentation

So you’ve successfully launched your small business—congratulations! It’s been a long, hard road but you have written your business plan, worked out your financial statements and generally have all your ducks in a row. But once you find a little bit of success, you are very likely to find that you need more money to grow the success of your small business. That means that when you are seeking more money for your startup, you will need to pitch your ideas and execution to new investors. Here are some tips for nailing your pitch presentation to venture capitalists (VCs) or other investors.

So you have successfully launched a small business—congratulations! You’re now an entrepreneur. But perhaps you’ve hit a bump in the road. Despite diligently signing up your business for accounts on Twitter, Facebook, Instagram, Google My Business and Yelp, your followers are not only NOT engaging with your company, its products and services, but your feeds are becoming stagnant. Here are five reasons that might give you a clue as to what you might be doing wrong in the strange world of social media.

People often think that the most successful entrepreneurs were born that way, imagining that they emerged fully-formed as the men and women who lead industry behemoths to greatness or change the world through their creativity and innovation. But the truth is that people like Steve Jobs, Bill Gates or Richard Branson are mere mortals like the rest of us. The other factor that many potential entrepreneurs forget is that entrepreneurship, just like any other business-related skill, can be taught, learned and nurtured. It’s not always the most ambitious or aggressive individuals that emerge as entrepreneurs, who are indeed a rare breed. It may be the C-student who ends up being a multi-millionaire, and not the captain of the football team.

When to Use Asset-Based Lending

Struggling to figure out how to finance your small business? Consider trying asset-based lending to get the job done. In simplest terms, asset-based loans are just what they sound like—business loans that are based on the tangible physical assets of your small business. This usually means accounts receivable and inventory but can sometimes include less obvious items, such as company vehicles. It’s a pretty simple proposition, but it is important to understand the advantages, challenges and risks of asset-based loans. You are risking your future revenue in order to gain access to more funds today.

Identifying Your Competitive Advantage as a Small Business

For small business, setting yourself apart from the competition is the key to success. So how do you identify your competitive advantage over other brands in your industry? Here are some concepts and ideas that will help you to define your small business in your market or community. 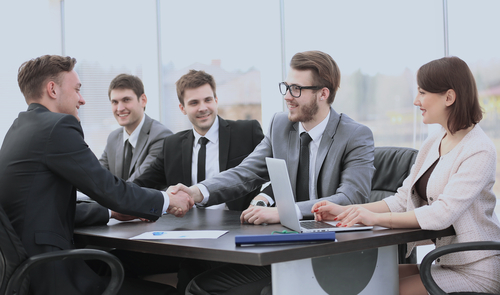 Enables Anyone to Reserve Meeting and Conference Rooms and Executive Office Space at U.S. Intelligent Office Facilities Directly from LiquidSpace and MeetingRooms.com

Congratulations—you’ve launched your own small business and it’s a huge success. Maybe too huge; you find yourself growing at a healthy but unsustainable rate and demand for your products or services is starting to outstrip demand. Where do you turn to find new and talent employees for your small business? It used to be that small businesses would just put a sign in the window, but things have changed radically in the past two decades. So let’s look at both the old-fashioned and the new innovative ways to recruit workers to see what works best for you.

“Have it your way.” “Coke Is It.” Trademarks used to be simple. The common use of the term described words or symbols used by companies for sales, advertising, marketing and other uses of their intellectual property and branding rights. You've established your brand and products, but have you gone through the necessary steps to protect these things legally? Here's a quick overview to protect your business trademarks.

Understanding the Legal Side of Starting a Business

Determining the Legal Requirements of Your New Small Business

How to Determine Price Points

Wrangle Your Data With These BI Solutions for Small Businesses

How Small Businesses and Entrepreneurs Can Save Money on Business Travel

How a Virtual Office Can Help Lawyers

You’ve taken the great leap forward and opened your own small business. After working with the Small Business Administration, your lending institution, your partners, and suppliers, you must feel exhausted but also invigorated by the idea of launching your own small business. But now it’s time for the real test of your small business: actually selling your product or service to real people. One of the most critical elements of opening a small business is finding, reaching and communicating with your customers. That means getting the word out. But we’re a long way from just running an advertisement in the newspaper or buying an advertisement in the Yellow Pages. There are now literally hundreds of different ways to advertise locally, so let’s look at the most common methods to help you decide which approach is right for you.