Philadelphia and its Suburbs

King of Prussia's Intelligent Office is located right behind the Valley Forge Convention Center. It is conviently located near 422, I-76 and the PA turnpike, and the location is easily accessible from downtown Philadelphia or outlying areas.

We service areas including all of Montgomery, Bucks, Delaware and all Philadelphia counties, which consists of areas such as the Main Line, King of Prussia, Wayne, Plymouth Meeting.

Philadelphia has more than 1.5 million residents, making it the sixth-largest city in the United States. It offers diverse experiences and opportunities, yet is small enough to feel like home. It has the highest standard of living per dollar of any major city in the Northeast corridor.

Nearby Fairmount Park, the largest urban park in the world, maintains walking, running, and cycling trails. Penn’s campus has a state-of-the-art health and fitness center.

Philadelphia offers a wide array of choices for sports spectators, with professional football (Eagles), baseball (Phillies), basketball (76ers), and hockey (Flyers) teams, as well as pro lacrosse, men’s and women’s soccer, and even the US Pro Cycling championship.

For the musical arts, the world famous Philadelphia Orchestra, Peter Nero and the Philly Pops, Philadanco, and many others are resident companies at the Kimmel Center on the Avenue of the Arts. The Opera Company of Philadelphia and the Pennsylvania Ballet perform at the historic Academy of Music, built in 1857, and modeled on La Scala in Milan. The Pennsylvania Opera Theater as well as a great many other theatres of dance, music and drama are among the other advantages of life in the Philadelphia area.

Other attractions in Philadelphia include the United States Mint, the world’s largest mint, and the Philadelphia Zoological Gardens, founded in 1874 which is the oldest zoo in the United States. On display are more than 1,600 birds, mammals, reptiles as well as a petting zoo. Other general attractions include Chinatown, Penn’s Landing, the Italian Market and the Reading Terminal Market.

Montgomery County is a county located in the U.S. state of Pennsylvania, in the United States. As of 2000, the population was 750,097. A 2005 U.S. Census estimate placed the population at 795,618, making it the third most populous county in Pennsylvania (after Philadelphia and Allegheny counties) and the 69th most populous county in the United States. The county seat is Norristown.

The county was created on September 10, 1784, out of land originally part of Philadelphia County. It is believed to have been either named in honor of Richard Montgomery, an American Revolutionary War general killed in 1775 while attempting to capture Quebec City, Canada, or for the Welsh county of Montgomeryshire (which was named after one of William the Conqueror's main counselors, Roger de Montgomerie), as it was part of the Welsh Tract -- an area of Pennsylvania settled by Quakers from Wales. Early histories of the county indicate the origin of the county's name as uncertain.

Montgomery County is a suburban county northwest of Philadelphia. It is part of the Delaware Valley and marks the region's northern border with the Lehigh Valley region of the state. 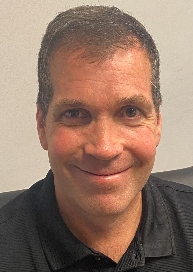