Las Vegas, Nevada was discovered in 1829 by a group of caravan tradesmen. The travelers named the area Las Vegas, which means “The Meadows” in Spanish. During this period in Las Vegas’ history, Las Vegas was lush in vegetation and provided the perfect meeting place for the businessmen of that time. Soon, Las Vegas became a meeting and resting place for the journeys between southern California and New Mexico.

So what happened to our beautiful greenery? Well -- mostly the Hoover Dam happened. The Dam allowed the huge basin of water, Lake Mead, to be controlled. This allowed land to be irrigated, water and power to be supplied to the Southern region of the United States, and also allowed people to truly populate the region at large.

Home to the world's greatest concentration of hotels and casinos, modern day Las Vegas and Henderson wouldn't have been possible without the construction of the Hoover Dam. Today the Las Vegas valley is no longer lush in vegetation, but if you're ever on the infamous Las Vegas Boulevard, aka "The Strip", be sure to take a look around. You are sure to spot a lush or two! 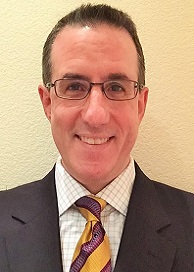