Edmonton is the second largest city in Alberta with a metropolitan population of over 1 million people. Often referred to as “the Gateway to the North”, Edmonton is an important business point for many oil sand projects and diamond mining operations in Northern Alberta and the Northwest Territories.

Edmonton’s history is rich and engaging as it was considered one of the first settling grounds in the area for hopeful explorers in the fur trade. After the establishment of Fort Edmonton on the north bank of the North Saskatchewan River in the late 1700’s, trade began to grow rapidly which welcomed the introduction of the Canadian Pacific Railway and many more settlers to the land. In 1904 Edmonton officially became a city and was declared the Capitol of Alberta one year later in 1905.

Along with being home to the world’s largest mall with over 800 retail stores and biggest indoor swimming pool under one roof, Edmonton is also considered to be the City of Festivals, hosting many family friendly activities and entertainment throughout the year such as the International Street Performers, A Taste of Edmonton, Heritage Days and International Fringe Festival to name a few.

Filled with welcoming residents, proud sports fans, eclectic eateries and many hours of activities, Edmonton is a beautiful city of hidden treasures and is sure to have something to offer everyone of any age group whether they are visiting or considering re-locating permanently. See what our beautiful city has to offer you! 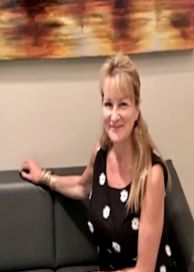